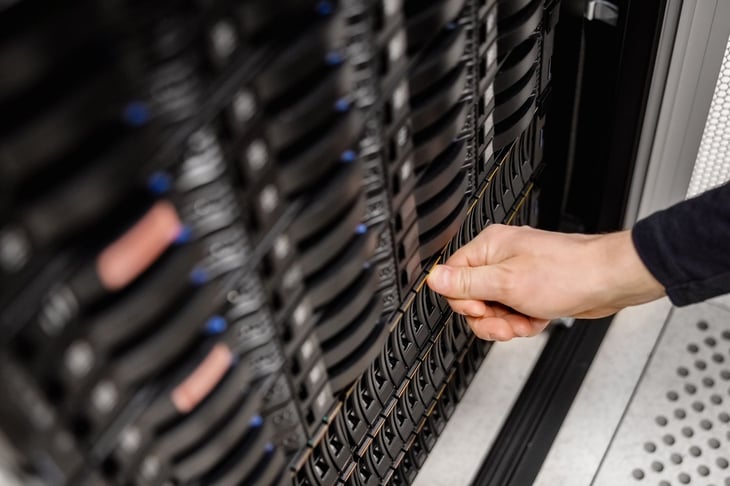 In the 1980s, my college friend and I developed an accounting system and sold it to a dozen local companies. We’d only just left college and knew little of accounting systems. We bought accounting books and read them cover-to-cover, then implemented what we'd learned. It was hard work. I had a full-time job as a programmer at Royal Doulton, and the accounting system was taking an increasingly large portion of my free time.

Looking back, what we created was pretty good compared to what was in the market at that time. Our system posted in real-time to the ledgers, whilst the market leader posted in a batch that would be run at month-end.

Like with any on-premise system, ours suffered from needing maintenance. Power issues could corrupt the indexes to the main database or worse, data could go missing. To combat this, an expensive tape backup system was required. On the occasion data did need to be restored, a local IT technician was contacted who more often than not, would discover that the backup system hadn’t actually been backing anything up at all!

Another issue was the need to maintain a server environment. Applying software updates involved 20 floppy disks which tended to fail mid-way through. As a business owner, you needed to become an IT expert.

Ten years later I worked for an IT company as a developer, providing customisations to Pegasus and Sage products. The technology had improved but these systems still suffered from the same maintenance overhead. This culminated at the end of the 1990’s in the infamous Y2K problem. On-premise systems had a date glitch that required to be patched by hand. 1999 proved to be a busy year as I patched 100s of systems all over the UK.

There was no commercially available internet in the 1980s, on-premise solutions were the only choice.   But as the 1990s progressed, the world wide web and the internet started to creep into business and everyday lives.

In 1998, NetSuite created a web-based account system called NetLedger. Initially there was a lot of resistance to these systems. IT managers felt threatened and security was an issue. How could anyone possibly trust a system where you can’t see and touch the server and hold the backup tape in your hands? Resistance continued for a decade but businesses started to see the advantage of being able to access systems anywhere.

NetSuite has massively developed and improved the system since its inception, claiming the title of #1 cloud-based ERP system. Its flexibility and extensive functionality was recognised by Oracle who acquired NetSuite in 2016 for $9.3 billion.

Roll forwards to today and the Software-as-a-Service (SaaS) model has really paid dividends, especially during the pandemic where NetSuite has allowed companies to continue to function at near normal.

During lockdown, an unprecedented number of businesses approached RSM in order to start their journey to the ‘cloud’. The majority of these were companies from sectors associated with more traditional ways of working. RSM worked with these businesses collaboratively to deliver the right solution for their needs and we continue to work hard to meet the demands of the post-pandemic digital acceleration that is upon us.

NetSuite goes from strength the strength, with it having quickly become the world’s most deployed cloud-based Enterprise Resource Planning (ERP) solution that simplifies and streamlines your processes.

RSM can help you on your NetSuite journey. So get in touch with our award-winning team to find out how we can help you transform, adapt and innovate your business.

GET AWESOME UPDATES IN YOUR INBOX EVERY WEEK!*

Keep up to date on all our latest news! Just add your email. It’s that simple.